On April 11 – 18 within the Project No.1. „Development of technologies for cyber physical systems with applications in medicine and smart transport” researcher A.Hermanis, programmer E.Syundykov and lead researcher L.Seļavo participated in the International Conference “Information Processing in Sensor Networks” IPSN 2015 in Sietla (USA), which occurs within the framework of 5 world-class conferences event CSPWeek 2015.   IECS representatives participated in the conference in a number of demo sessions and localization challenge “Microsoft Indoor localization Competition” to demonstrate in the Institute developed network prototypes for human movement parameters monitoring and present a prototype for knee rehabilitation device in conference exhibition. More about conference here. 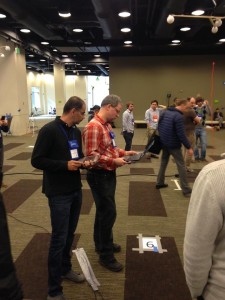 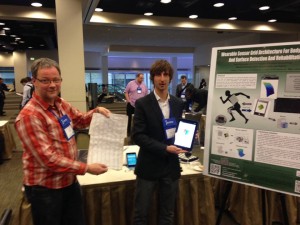 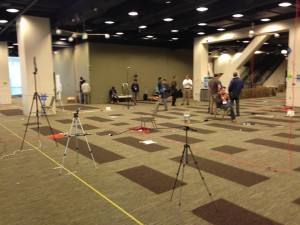 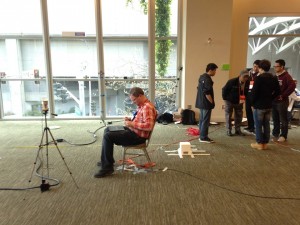 END_OF_DOCUMENT_TOKEN_TO_BE_REPLACED

With semantic parsing technologies developed within Project Nr.2 of the National Research Programme SOPHIS we have achieved sufficient international recognition to be able to participate in a high-quality consortium in the area of BigData. Together with BBC, Deutche Welle, Univerity of Edinburgh, University Colledge of London, IDIAP from Switzerland, and Priberam from Portugal we have prepared an H2020 ICT-16 proposal on BigData media-monitoring.

The FrameNet based semantic parsing technology for Latvian developed within the National Research Programme is already exploited industrially through partnership projects with Latvian News Agency (LETA) and is described in several scientific papers ublished in international conferences. Meanwhile none of this provided an independent verification for the quality of our semantic parsing technology compared to the best parsing systems in the world. To clarify this and to rise the international recognition for UL IMCS achievements, we took part in the above-mentioned SemEval-2015, Task 18 international competition, where research teams from whole world compete to achieve the best parsing results for shared semantic parsing tasks.

We (Riga-team) are proud to finish this competition among the three best teams with results largely on par with Peking and Lisbon research teams. In this and last year SDP competitions took part more than 10 reasearch teams, including Cornegie Mellon University (CMU) from US, which was considered the leader in FrameNet semantic parsing. Results are available at http://svn.emmtee.net/sdp/public/2015/scores.ods . It is interesting to note that although we (Riga-team) were third on the official LF metric „F1-score for labeled graphs”, in other parameters we were first. For example, for the proportion of completely correctly parsed sentences in Chinese (LM metric: labeled exact match) we were first with slightly better result than Peking team.